Click here for our first interview with Hilarie Rose

Kicking off our UFC Week leading up to UFC 257 between Dustin Poirier and the Returning Connor McGregor, Dave Clarke, and returning guest HILARIE ROSE from ESPN+ DANA WHITE'S CONTENDER SERIES breaks down the Main Event of UFC on ABC between Max Holloway and Massachuttes Native Calin Kattar.


BOXO CRAFTS HOLIDAY BOX
Save 15% on your first order with the promo code: MTP

Kicking off our UFC week on missing the point DK sizzle and I sat down with Hilary rose to discuss UFC on ABC. And Boston's hometown boy Calvin caters matchup against Max Holloway. Alright, so UFC week pretty much kicks off. Tonight, Saturday the 16th and we have a we have a big fight we have the hometown Boy, you know, Boston boy so Hilarie, tell me a little bit about this fight and how excited you are for it.

I'm super excited for this fight. You know, it's a hometown person. So whenever someone who an area that you know are you've seen train or you know, I cross train at Joe Lauzon', obviously, with COVID things are different, like you see these people and you know, you're surrounded, even if you're not conversating with them, you know, you're trying to find like minded people. And again, whenever it's a local person that's fighting and you know, fighting in the top five and is the main event it's super exciting. And Calvin Kattar's awesome, I love watching all his fights. Watch this fight with Jeremy Stephens. And he elbowed him and he goes right down, and it's so cool. Watch

Jerry Stevens, Who the fuck is that guy? Is that guy? Sorry, we're talking about something else now.

That was funny. That was good timing. You're not wrong. But I'm excited. You know, I think that it's definitely a winnable fight for him. I think that you know, Max is obviously an unbelievable fighter. He was champ for years. And I think that he's gonna come to fight and he has a lot of output and you know, can keep the pace. I think it'll be a problem for Calvin, but I'm really I don't think so. I think that Calvin's longer and his boxing is better and I think we don't see as wrestling as much and I think that his wrestling is really good. So I think you know, I think he's maybe gonna surprise a lot of people even though people know He's really good. And then he's up and coming and he's, you know, killing people lately. I think this is a really good fight to put New England on the map and between Rob font just beating Marlin, you know, a few weeks ago super awesome fight. I was really pumped up about that, too. So I think watching them and you know, seeing these local guys who were once you know where I am now, you know, and have a goal and, you know, dream and seeing them doing this stuff. It really helps motivate me to want to be better and get to where they're at. So I'm still I love Max Holloway, but hometown Calvin all the way. Absolutely.

Yeah, we got it. We got a rep for New England, it's all upside for Calvin cater to because if he Max Holloway, if he beats Max Holloway, the sky's the limit. He's the next in line for the title shot and that might be a little bit more interesting for as the fight against volkanovski because I'm an expert. He fought twice even if you think that's one the second one. But if max loses, he's he put a lot more on the line here. You know, like he's a former champ. He's number one contender cater and I think it's six. Yeah, he just beat Stevens and he gay if he goes Stevens he gay Calaway. Those three names that the sky is absolutely it's the title shot.

I think if Alvin wins, he gets a title shot. And I think that even if max wins, he still has to fight a few more times before he gets that opportunity because he already fought volkanovski twice. So definitely, I think again, win win for Calvin, you know, he's, he wins and he beats Max Holloway, who was the champ years ago? Or you know, four years and then thumbs in Can you know get that title shot. I think that's super cool. I think I love

I love max too. But just to see UFC gold come to Boston would be so cool. And it's never happened like we've had in New England, I think but not Boston. So I think to see that happen, I would just be too excited about it. Like we have too much reputation as a fighting city not to have a UFC but at this point. And I heard that I heard the cater has been training on that note, I heard he's been training with Irish Micky Ward from the fighter ever if you've seen that movie, you know, local Boston boys, you know Mickey Ward's obviously got the reputation and the career and the resume that he has. cater becomes the UFC version of that great Boston's on the map in the fight world as well, you know,

yeah, I think it's awesome. I think it's super cool to I think that, you know, New England is still such a small area of fighters that are coming out of you know, there's obviously you know, many in there now, like Mike Rodriguez, or any costs and all these up and coming fighters who are making their names in the UFC, but it's cool to see people who have been grinding in the UFC a little longer and make that top five spot and fight those top people's throats. Like you said,

He's not in it. He's not gonna be at a gym where he is surrounded by a bunch of big names. You know, he's just fighting the guys he's been fighting for you for probably years at this point. And he's going to elevate his gym, he's going to elevate as partners like, it's just good news for everyone all around. And it's just it's such a cool fight on paper to between the two of them, because, you know, it's just going to be a boxing match. And it's who, who's going to be crisper? I think your point about Max's output is a big one. I think that we'll definitely see cater be a little bit,

you know, is a B to B and they only had the three rounds. You know, I think that if it went five rounds that he was coming back.

He was Yeah, he was and the beats pretty legit. So he's, you

know, he's long and big. You know, I think that Calvin if it went five rounds, I think many people think that the Calvin would have won it was just three rounds. You know, if Calvin doesn't start slow and he pauses and he does this thing, I think that it's gonna be awesome. I'm gonna be fired up. Tomorrow is tomorrow. Early, early Card starts at like three.

Yeah, afternoon for you. I might have to actually wake up to watch the prelims because I'm on the west coast. That's fine. I'll watch I'll watch people get Yeah, I'll watch blunt force trauma over coffee and pancakes. That's Yes, that's ideal.

Maybe I'll do that.

Let's all hope for a Boston special on on Saturday, Max Holloway versus our boy Calvin Kattar and let's see what happens. Hilarie rose thanks so much.

You. Make sure you are subscribed and listen to our full show with Hilarie rose dropping on Monday, January 18. Wherever you get your podcasts 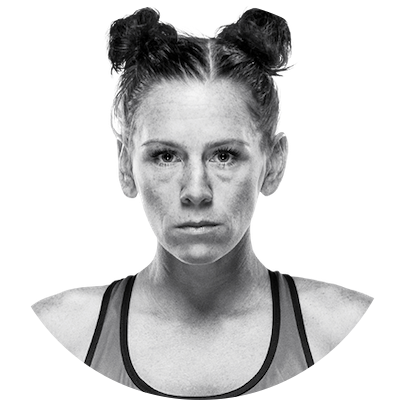